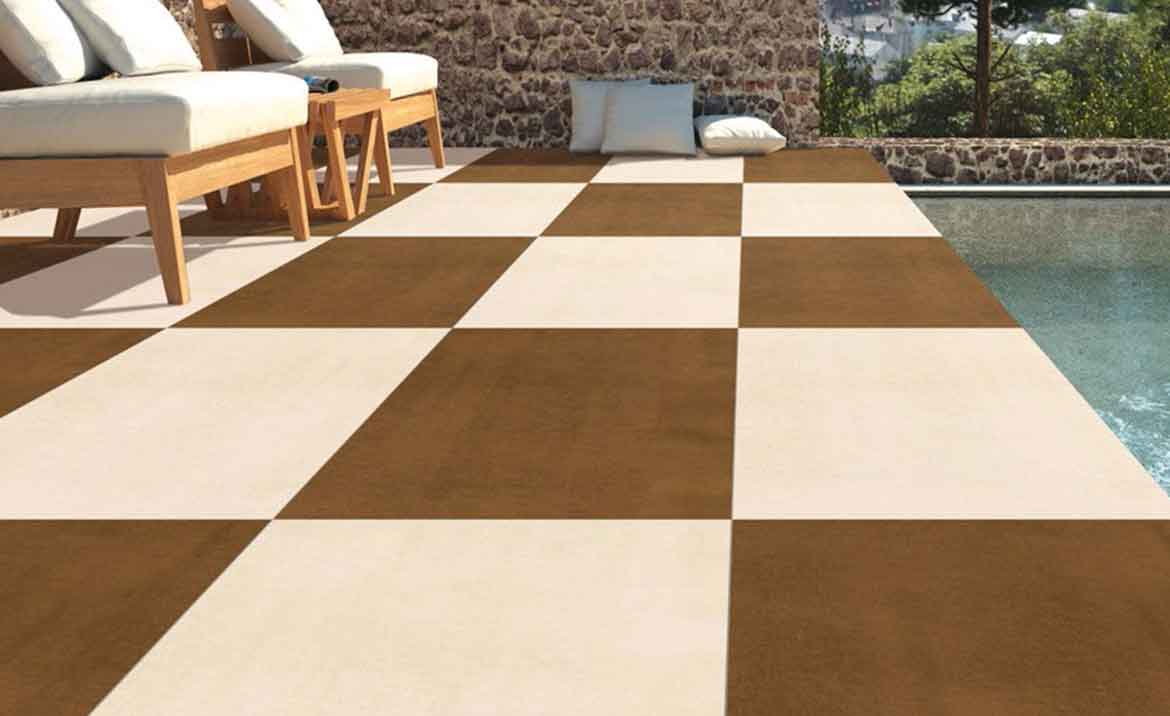 Ceramic tiles have been used around the world for many centuries. You can find them in several ancient monuments, churches, mosques and old homes. Now they are used in shops, hospitals, and homes. They are used to decorate the walls, floors, furniture, and even stoves. Often the ceramic tiles are combined with another form of ceramics such as terracotta, faience, and mosaic to add more beauty and charm to the interiors.

Today, in this post, we travel back in time, to unravel the history of ceramic tiles. 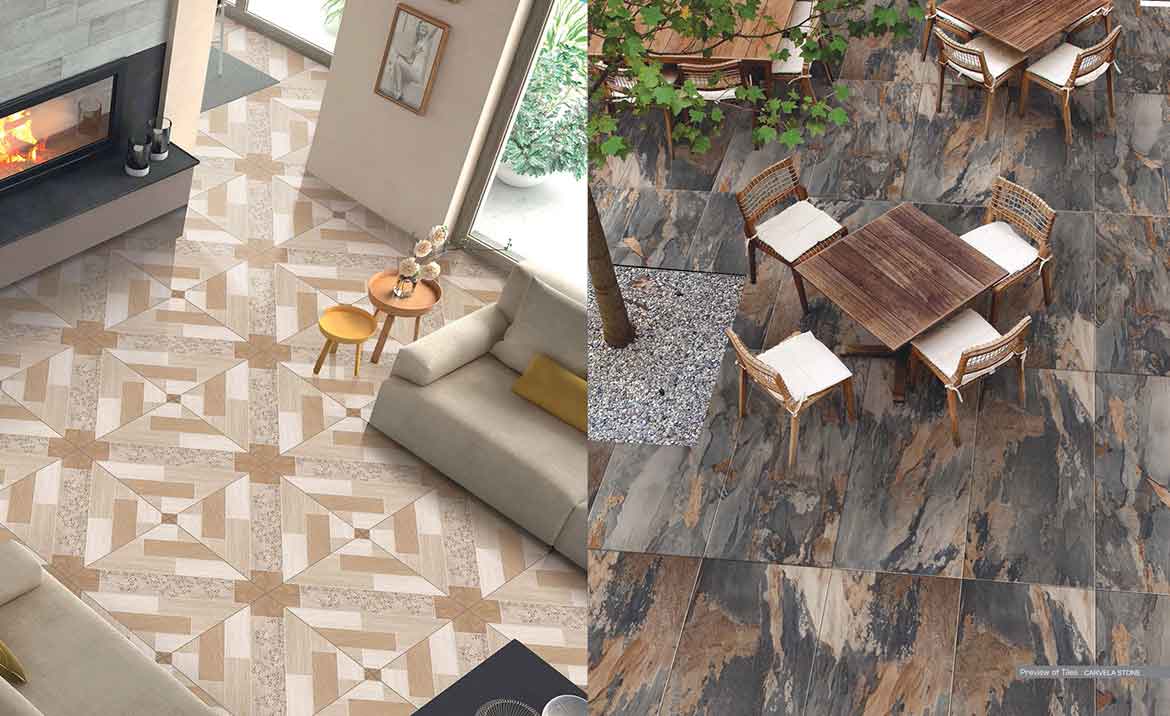 It all starts with the Egyptians

The history of ceramic tiles goes a long long time back. Archaeological expeditions reveal that the Egyptians as early as the 4th century B.C used blue tiles and bricks to decorate their homes. Glazed bricks were also a common sight in Mesopotamia. You can find these blue bricks in several prehistoric sites.

The Doors of Babylon is one such place where the glazed bricks are a huge hit among tourists. Considered as one original Seven Wonders of the Old World, the Ishtar Door of Babylon was constructed in the 5th century B.C. It’s decorated with dragons, bulls, and lions with a deep glazed blue as the background. 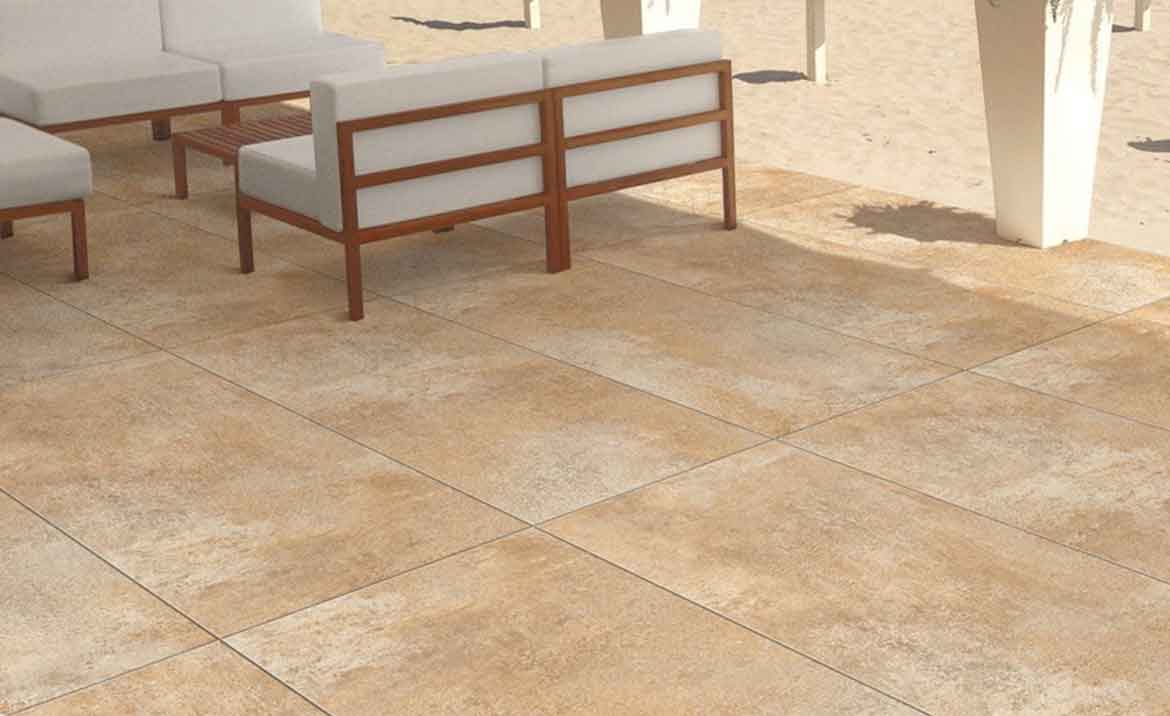 Historians believe that one of the reasons why ceramic tiles have been popular over the centuries is that it’s made using clay. Clay is readily available and can easily be converted into tiles using simple processes like firing or baking.

Another huge benefit of ceramic tiles is that it’s long-lasting, durable and aesthetically pleasing, making it the perfect choice during ancient times as well as for the contemporary era.

In addition to ceramic, ancient civilizations also created tiles using marble, stone and glass. Ceramic tiles are available in a wide array of colours and decoration, and in a rainbow of designs from simple geometric patterns to highly complicated art pieces. One of the biggest benefits of ceramic tiles is that they can be easily fit into all spaces, irrespective of the size. This also may be another reason why ceramic tiles have been popular throughout history and remains hugely popular even today.

Spread of Ceramics to the Shores of Islam 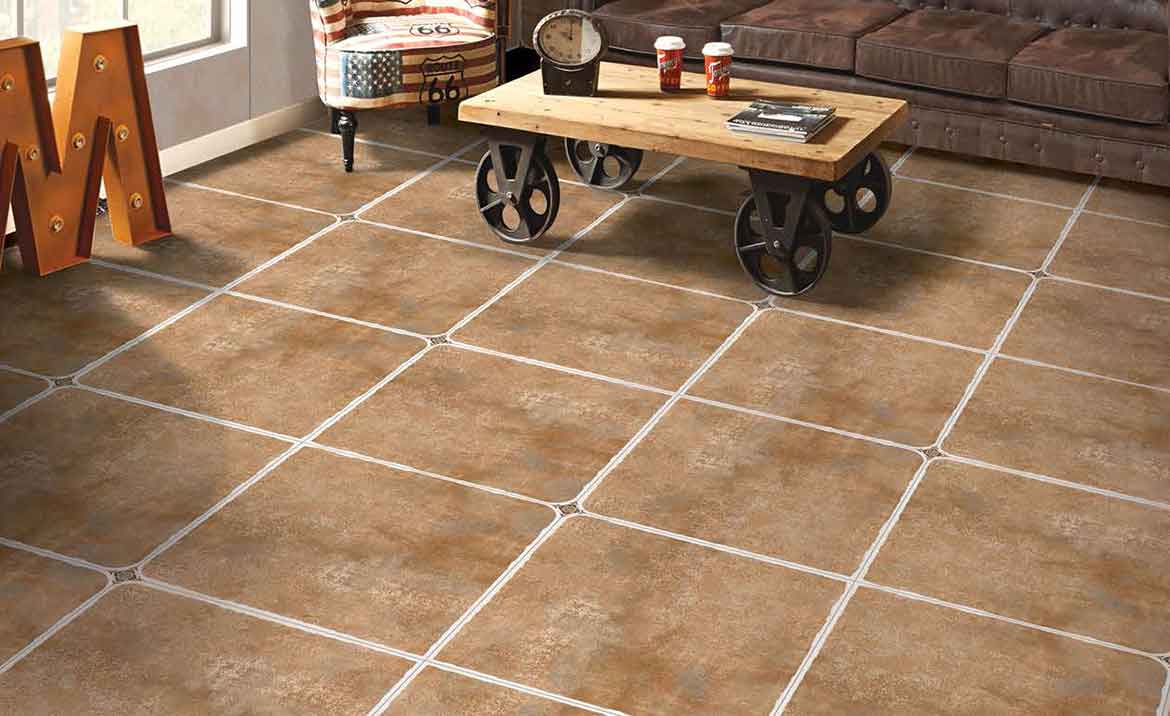 Soon, the influence of the Eastern Chinese civilizations, via the Silk routes, ceramic tiles morphed into glazed structures. Today, you can find plenty of mosaics from this era lining the interiors and exteriors of Islamic buildings from those centuries. For instance, the Iranian city of Isfahan, that served as the capital of the Safavid Empire during the 16th century has plenty of mosaics made with Islamic and Chinese influences.

Iznik Tiles – The Specialty of the Ottoman Empire 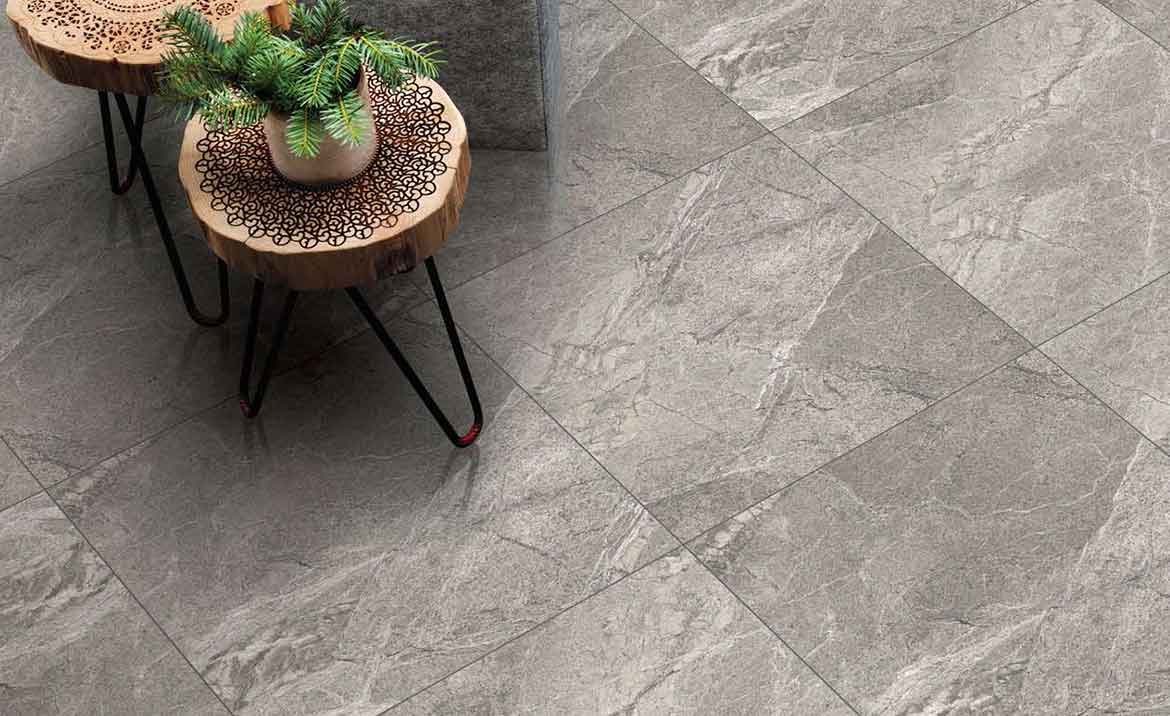 During the heights of the Ottoman Empire, a particular type of ceramic tiles became famous. These tiles were made in Iznik, a small Turkish town near Istanbul. These tiles had layers of quartz that emitted a bright glow. The shades of red in Inznik tiles were the first time in history that tiles had red colours.

The designs of these tiles were generally geometric or floral. Sometimes scribes inscribed tiles with passages from the Holy Quran. These tiles were popularly used inside places of worship like the mosque since they had excellent acoustics. It helped to vibrate the sounds of the Islamic calls to prayers and also amplified the chants.

Portuguese – The Conosseiurs of Ceramic Art

It was in Portugal during the end of the 16th century that ceramic tiles reached the zenith of cultural expression and art. The Portuguese made square ceramic tiles that measured around 5.5”. These tiles were used everywhere – private homes, religious spaces and other public places like bathhouses, monuments, etc.

The Era of Dutch Tiles

The Dutch tiles from Delft were hugely popular. These tiles were also square and had a central figure. All the four edges of the square had delicate carvings and figures that served as a border to the tile. These tiles took inspiration from the white and blue of the Chinese Ming porcelain. The Dutch East India Company imported these tiles from China via India.

The Spread of Ceramics to the Americas

In the 18th century, the American colonies imported expensive ceramic tiles from Europes. These tiles can still be seen in vintage houses all over Americal. By the end of the 19th century, the De Porceleyne Fles company in Delft gained worldwide popularity.

The two major hotspots for tile production in Europe were Delft, Holland and Maiolica, Italy. The Maiolica tiles were colourful and had lively geometric designs. The Delft tiles, on the other hand, used the blue and white style they initially started with.

Ceramics in the UK 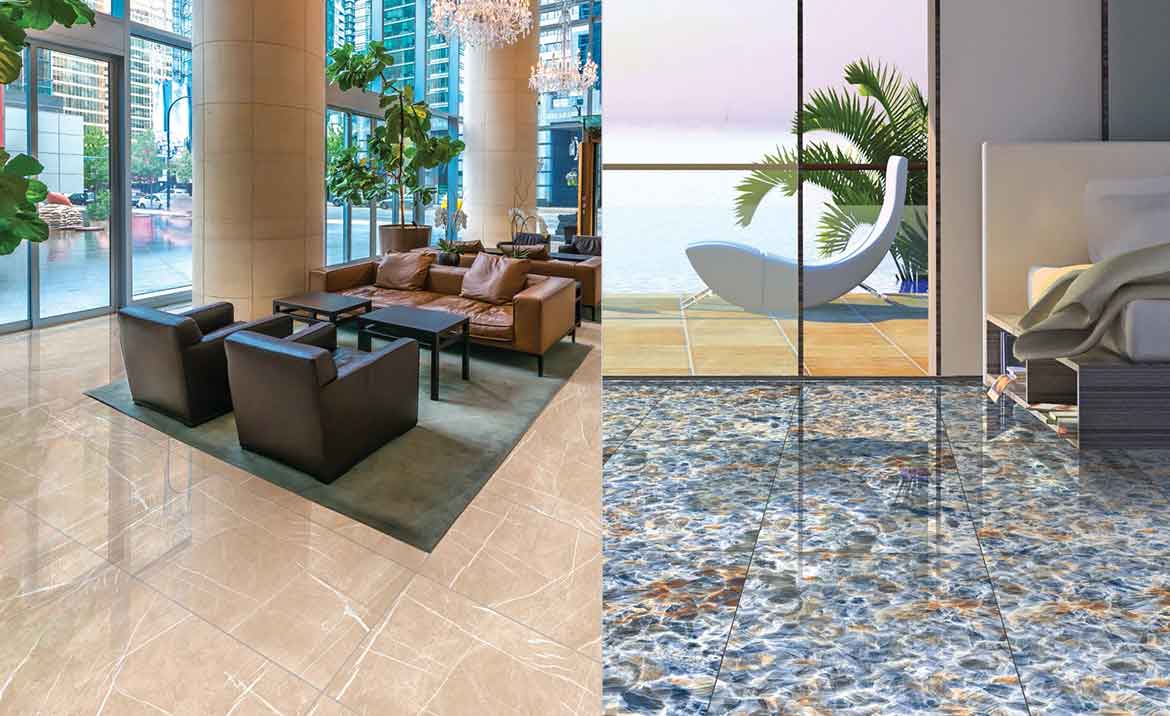 In the 19th century, Britain started making mass, factory-produced tiles. The English tile making business expanded swiftly during the Industrial Revolution and peaked in the latter half of the 18th century.

Following the Industrial Revolution, the Arts and Crafts Movement in Europe and America boosted the art of tile making. Ceramic tiles were extensively used as fireplace surrounds and for wall decoration.

If you are looking for some amazing decorative tiles, get in touch with DécorCera . Decorcera is a leading tile supplier in India and worldwide with over three decades of experience and trusted customer around the world.